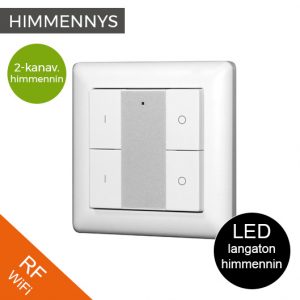 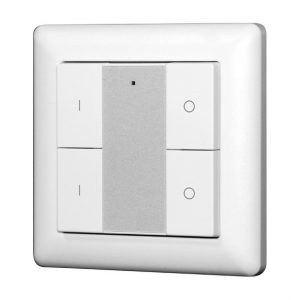 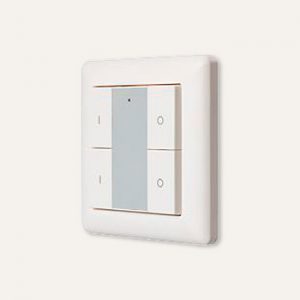 RF WiFi series wireless surface-mounted button dimmer for two channels. Really easy to install and use! The button dimmer is compatible with all products in our RF WiFi series. In order to control two separate lights / groups of lights, you need your own for each light receiver.

The button control acts as a normal on / off switch with its own buttons (separate buttons for two channels) and by pressing and holding for a long time dims and brightens the light. Color white. Mounted on a wall or furniture, can also be mounted directly on instrument boxes used in Finland. It is also easy to retrofit, as there are no wiring for the roller controller at all, but it runs on batteries. In addition to the roller controller, the colors of the tape can be adjusted from a smartphone if an RF WiFi converter is installed in the same system.

Several receivers can be paired for the controller (8 pcs).

• can be paired with multiple receivers. One receiver can always be paired with only one button, ie if you want to control the lights above the kitchen and the worktop lights separately, you need two receivers. However, several receivers can be connected to the same button, they all work at the same time, ie e.g.

To connect the receiver to work with the remote or button:

One receiver can be controlled with several buttons (max. 8 buttons) if light control from both door openings of the room is desired.

Disconnect the receiver and the button / remote control:

The product's own plastic frame is removable and can be replaced with a frame from, for example, Schneider's Exxact series: eg Primo, Combi, Design or Solid.

There are no reviews yet. 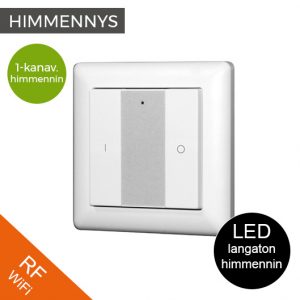 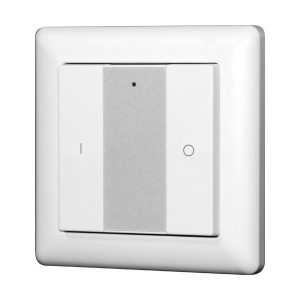 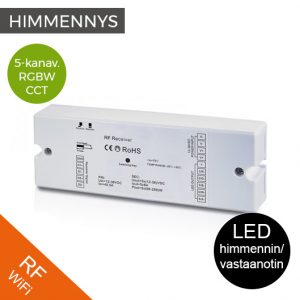 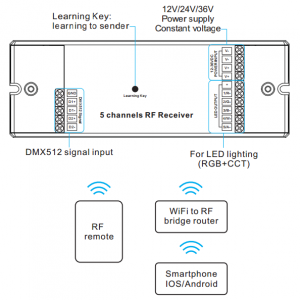